If you are looking for a newly built wooden boat I would be happy to discuss your plans with you.

I tend to build using patterns from examples of traditional working or pleasure craft. The method of constructing clinker boats is quite flexible and allows boats to be tailor made to suit your requirements. Simple sailing rigs and centreboard cases can be added in most instances.

As a guide I have outlined a few prices for certain types of light displacement craft. The variation in price varies according to the level of fine detail decided upon in the construction. 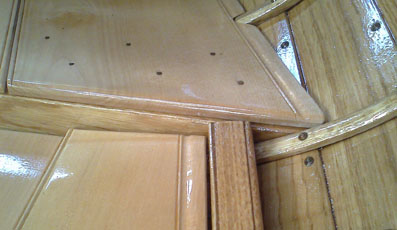 Simple stem dinghies or gigs for rowing can be built at any length from 10ft to 26ft and work out roughly at £700 a foot. 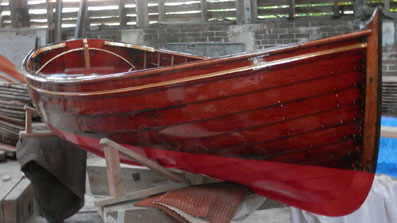 Above is an example of a Thames Dinghy built by Hammertons, she has undergone an extensive restoration and rebuild.

Although her ogee and transom is finished with gold leaf, her construction is simpler in a number of ways to the Gigs pictured below.

Finely finished gigs built well set-up for rowing can be built between 10ft and 26ft in length and work out roughly at £1050 a foot. 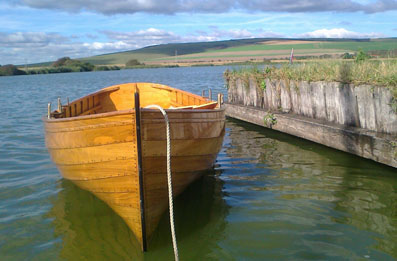 Or skiffs can be tailor-made to suit leisurely days out in company or for camping. Depending on the finish and detail skiffs range in price from £14000 to £25000. Below is one of a pair of racing skiffs that I built for a Thames yard. 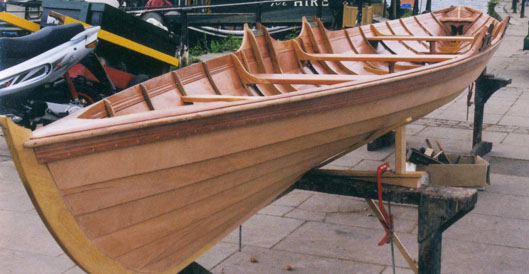 Skiffs are best suited for inshore rivers and lakes, I do also have patterns for a much beamier skiff with a deeper draft that would cope well with coastal conditions.

What follows is some detail on the process of building a clinker boat and the methods I use. The boat pictured below  is a fine Thames Dinghy by built by RJ Turk from Kingston-on-Thames. 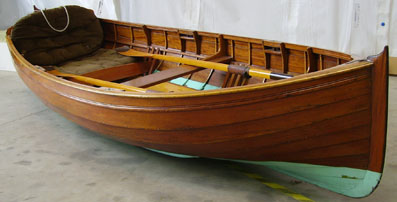 The original dinghy would have been a hire suitable for camping; a seat back rests against the transom so that a passenger can sit on the burden boards. Usually a thwart is fitted in the aft end for a passenger but it was typical in these craft for this to be omitted to allow a couple to use the boat for sleeping. The dinghy or gig pictured below was built using patterns from a similar Turks built dinghy in the workshop. 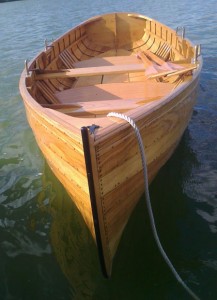 Planked in sweet chestnut a timber used locally in Sussex for post and rail fencing because of its durability. Following the lead of probably my favorite wooden boat ‘The Rose in June’, a Wherry built by John Cox and Mark Edwards. 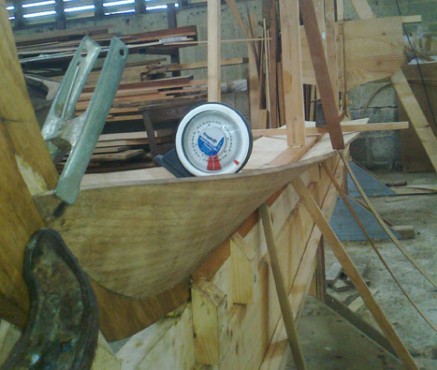 Finely built craft such as these are much more delicate than those found elsewhere in the country . 16 gauge nails should be used for fastening Thames rowing craft, they are very thin in and have been out of production so long now that some suppliers have a hard time believing anyone would have the skill to use them. We still hold old stocks of these fastenings which allow us to continue repairing and building in the same way as in the past. 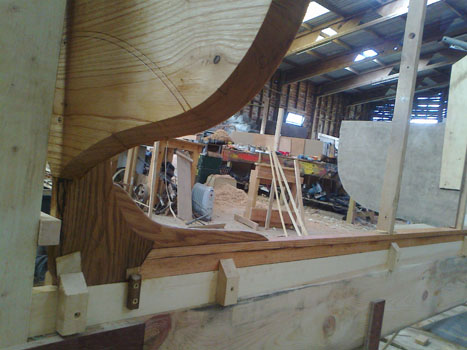 This craft was built with no fixed moulds or formers, you can see the half mould in the picture above which simply acts as a guide for hull shape and plank widths at the mid-section. Once the planking has been completed to the turn of the bilge the floors are shaped and fastened. 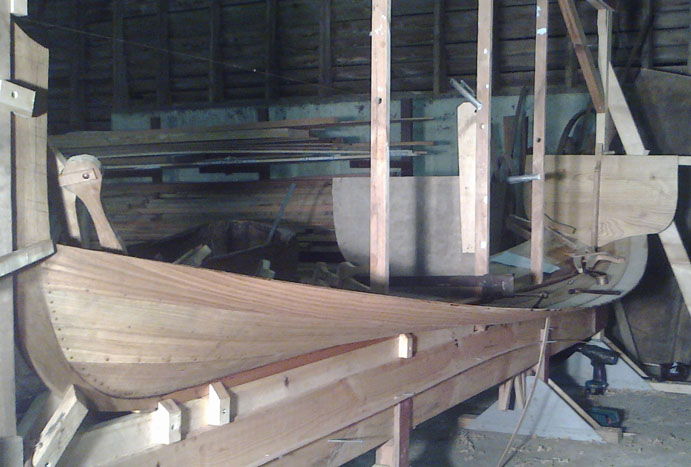 The traditional working clinker craft of the British Isles and Northern Europe were frequently built by eye to a greater or lesser extent. A passive mould or half mould was used in some cases, sometimes a number of moulds placed at various stations. These moulds are described as passive because they simply serve as a guide for the desired hull shape rather than fixed formers that the planking can be wrapped around. For one skilled in the art, it allows the builder the flexibility to tailor a boat’s shape to fit the work that will be asked of it. A hull could be made fuller at her mid-section or finer forward, the same mould or moulds could be used for craft of varying length. 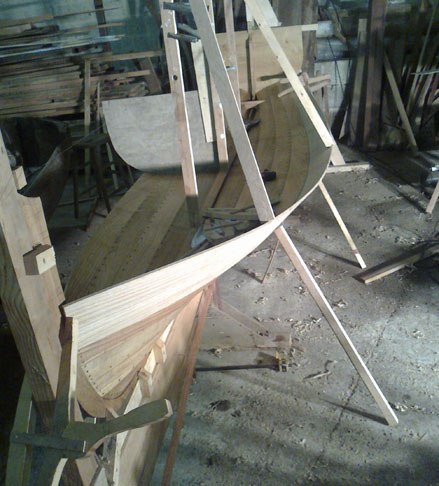 Arne Emil Christensen the retired head of the Viking Ship Museum and professor emeritus of the Kulturhistoriske Museum with the University of Oslo described this method of construction as ‘pure sculptural work, for the builder shapes the hull in the course of his work’. It is not certain when this method became established in Britain; it could be argued to be a modern survival of Viking Age techniques. 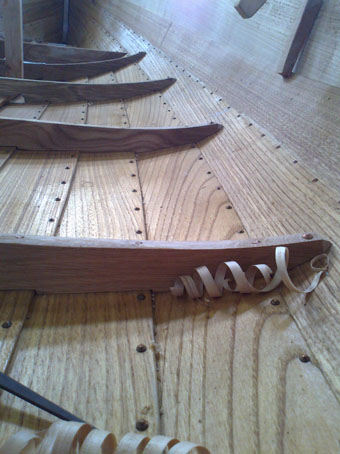