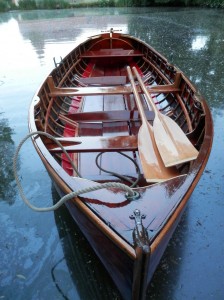 Hammerton’s dinghy came to me in a very sorry state last year, Hammerton traded between 1908 and 1947 so the dinghy would be of a good age, however given her condition a good deal of timber had to be replaced so that she could give good service again.

Walter Hammerton had a floating boathouse from which he operated a boat hire and building business, he also ferried people between Ham and Twickenham in a large skiff that took twelve passengers, this gave a very moderate supplement to his income.

The Twickenham Museum describes how Hammerton became the subject of great public interest when his right to operate the ferry service was challenged by the official Twickenham Ferry. He was taken to court and refused the right to ply his trade by skiff, however the case caught the public’s attention, Hammerton appealed to the House of Lords where the decision was overturned. This tale was immortalised by a song ‘ The Ferry to Fairyland’. 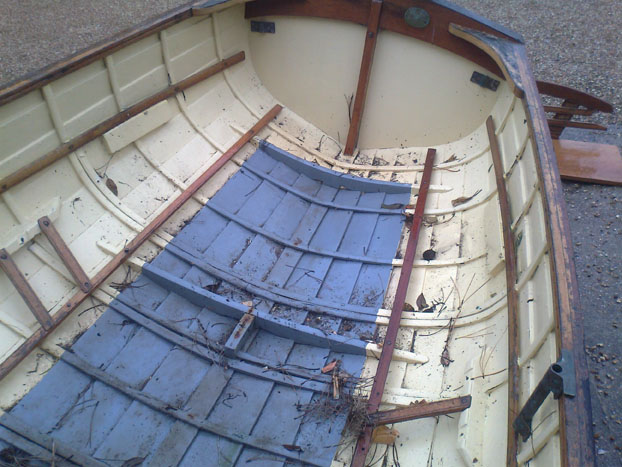 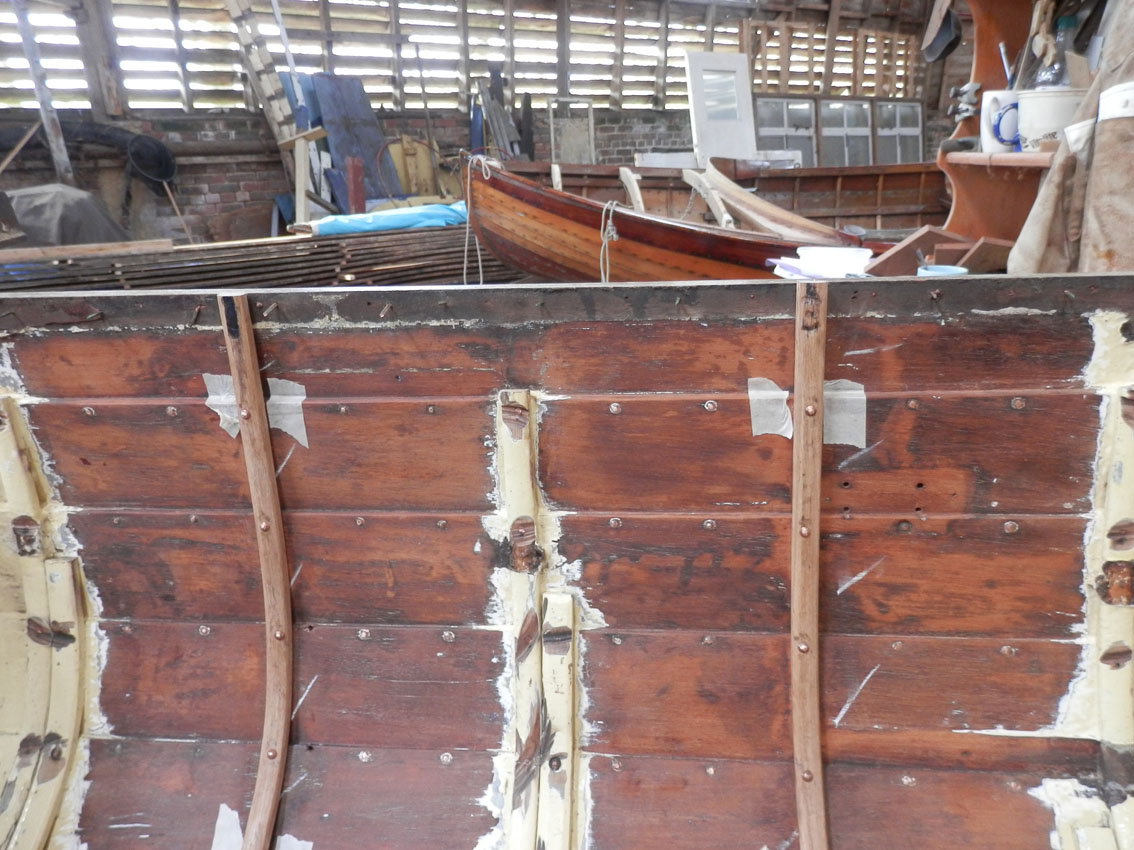 The interior was scraped back to bare wood and the broken ribs were replaced. 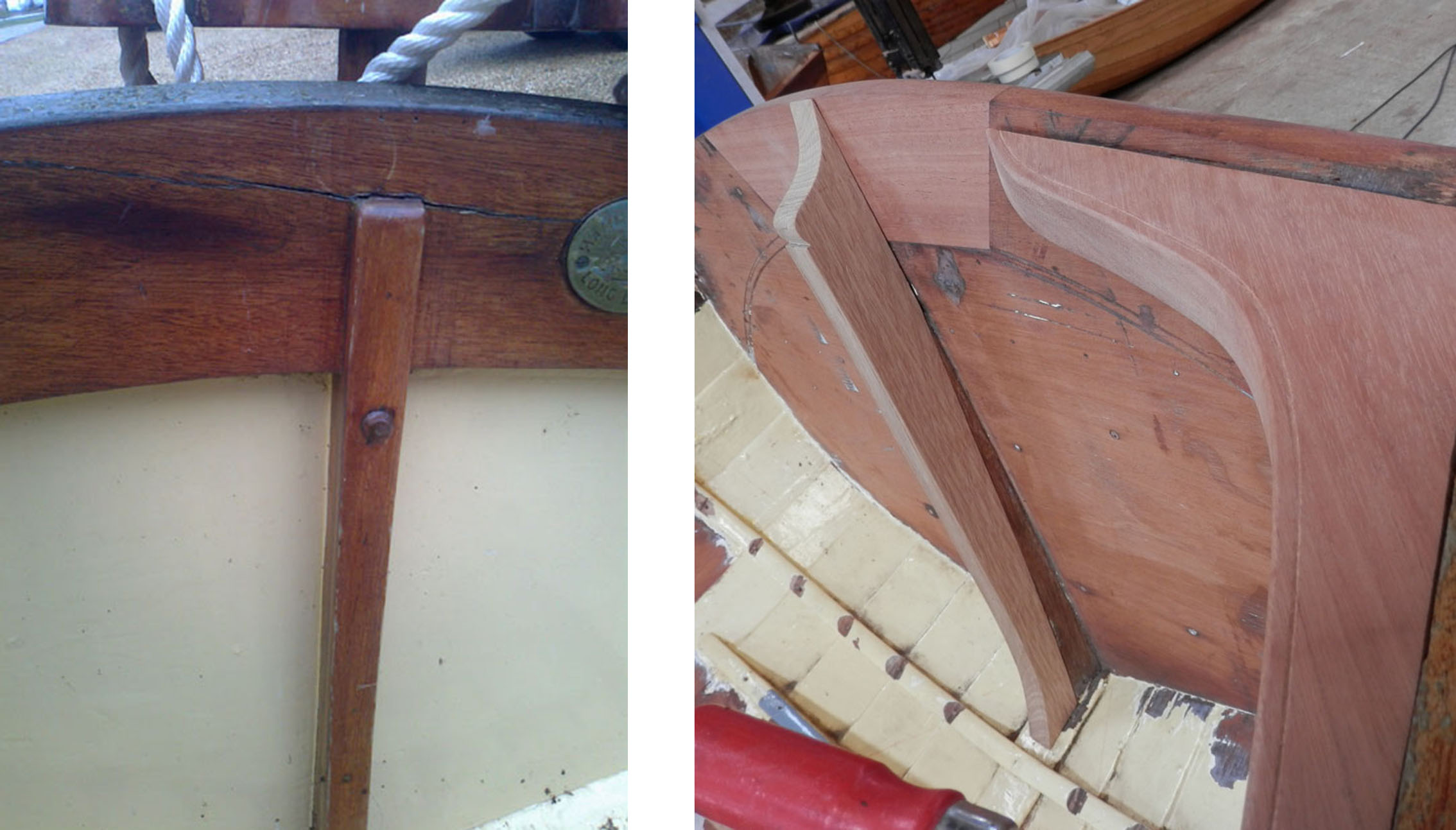 The stern post and knees on the transom were replaced with pieces that were fitting of a Thames built boat. 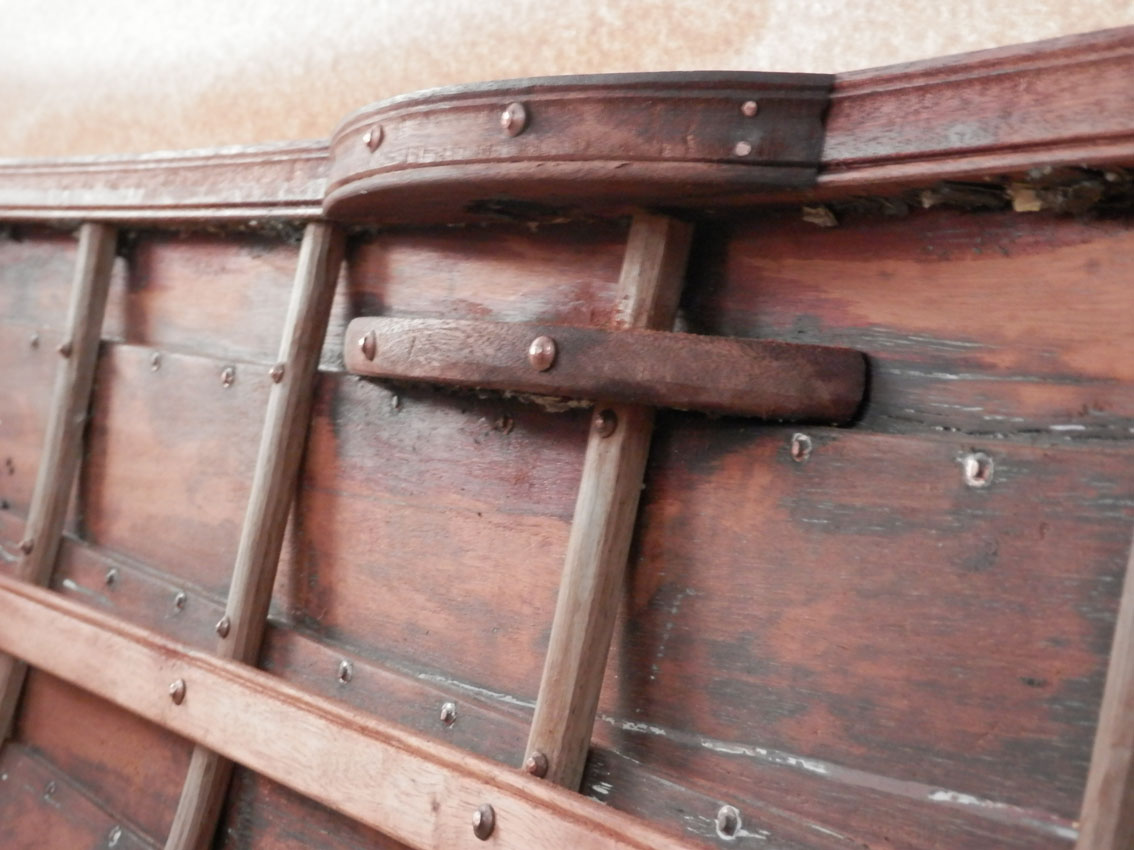 Rowlock blocks and gunwhales were cleaned up and refastened. 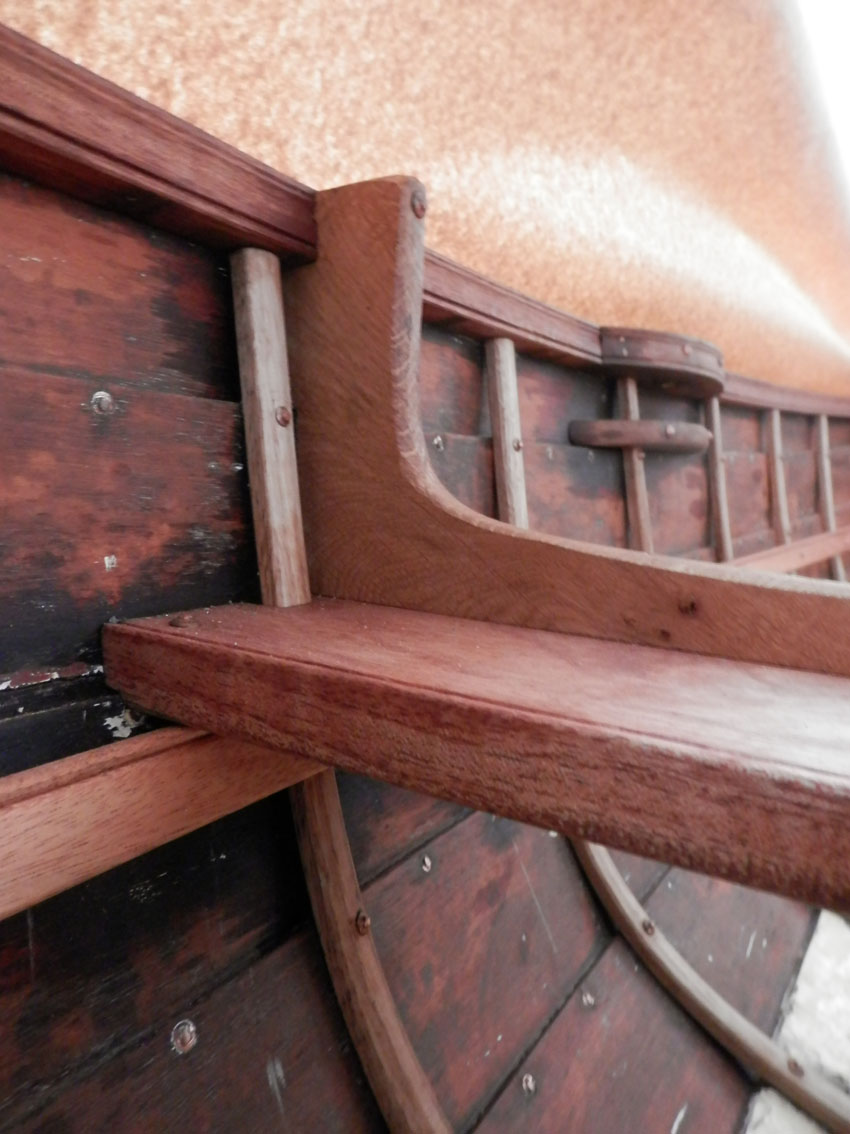 Stringers, main thwart and new knees in the shape befitting of the boat. 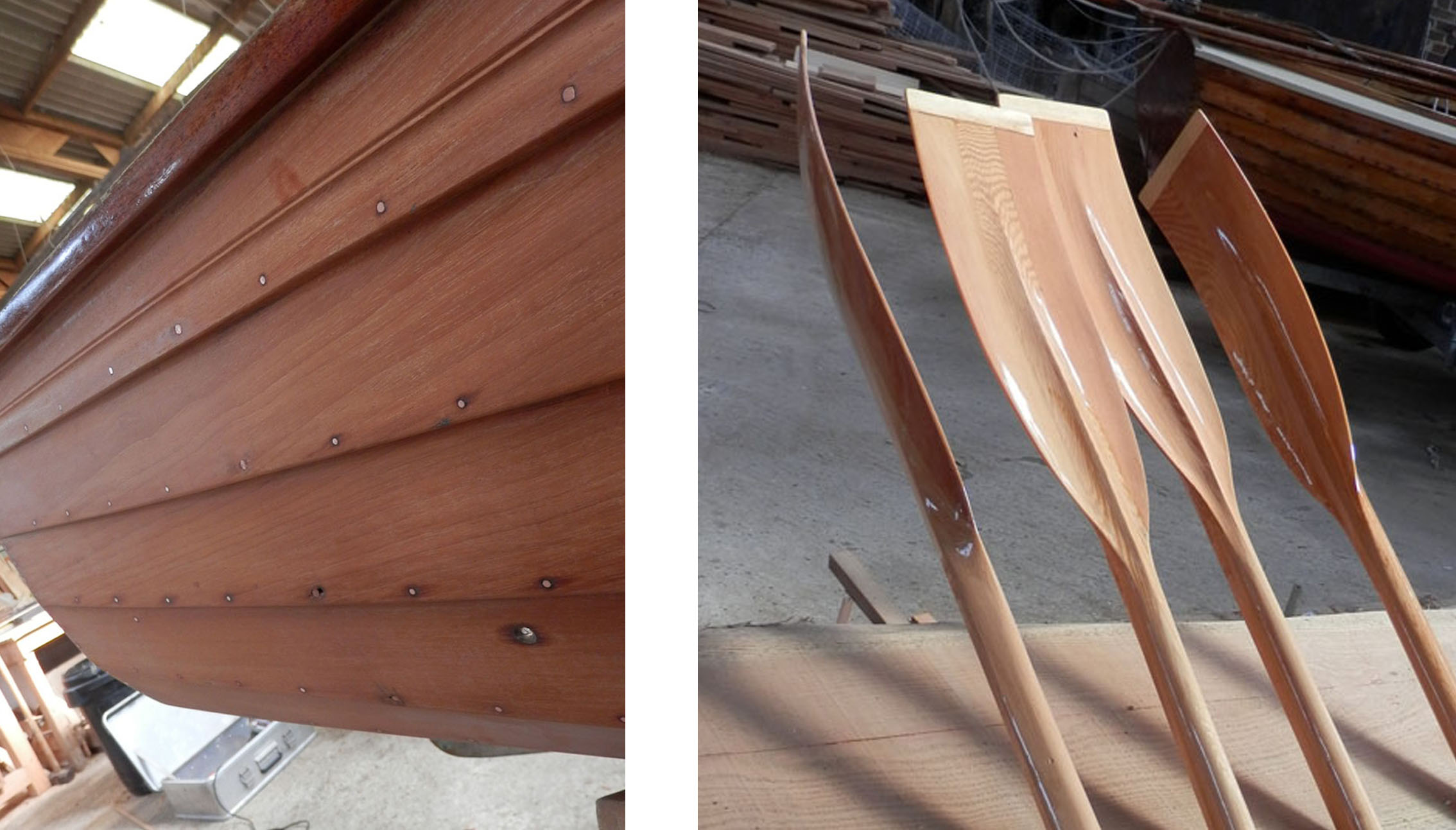 The outside of the dinghy was taken back to bare wood, and the ogee;

the decorative bead on the sax board was replaced. Two pairs of sculls

were made up to fit the boat. 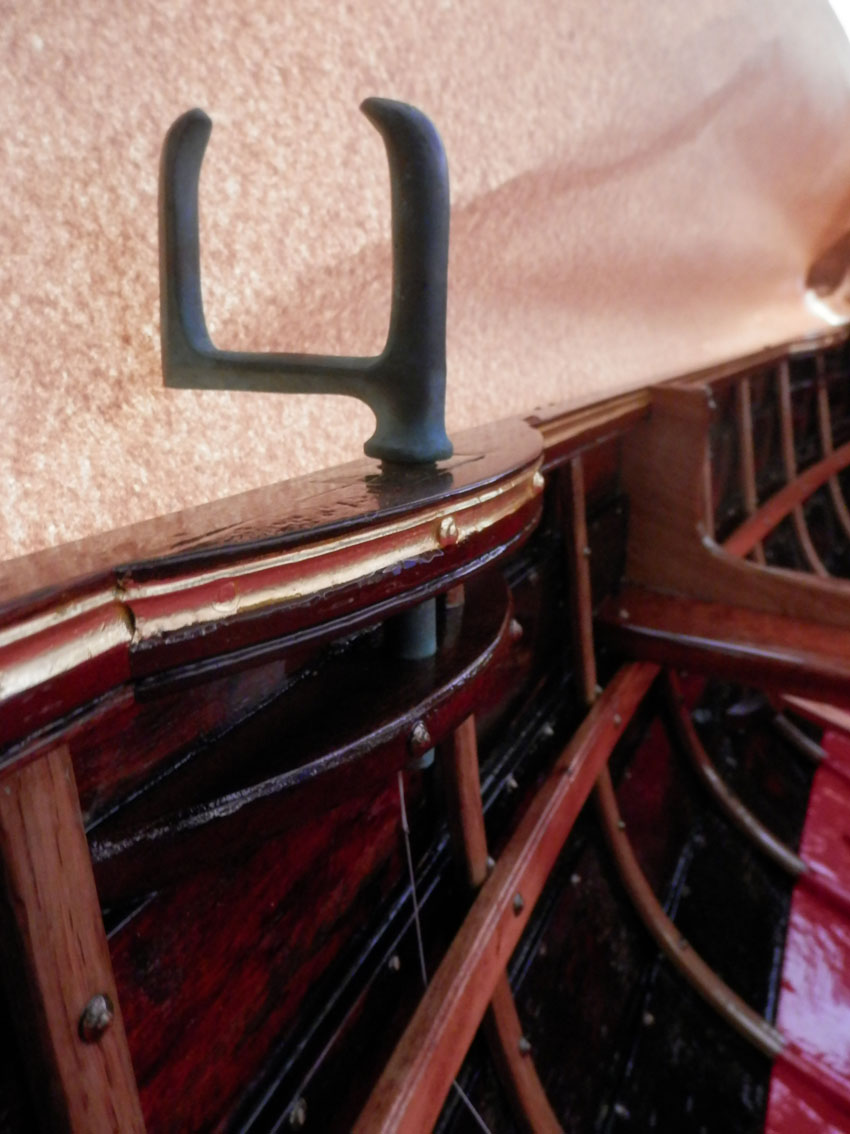 Square rowlocks are used because they allow the oar to feather effortlessly.

The ogee, finished with gold leaf. 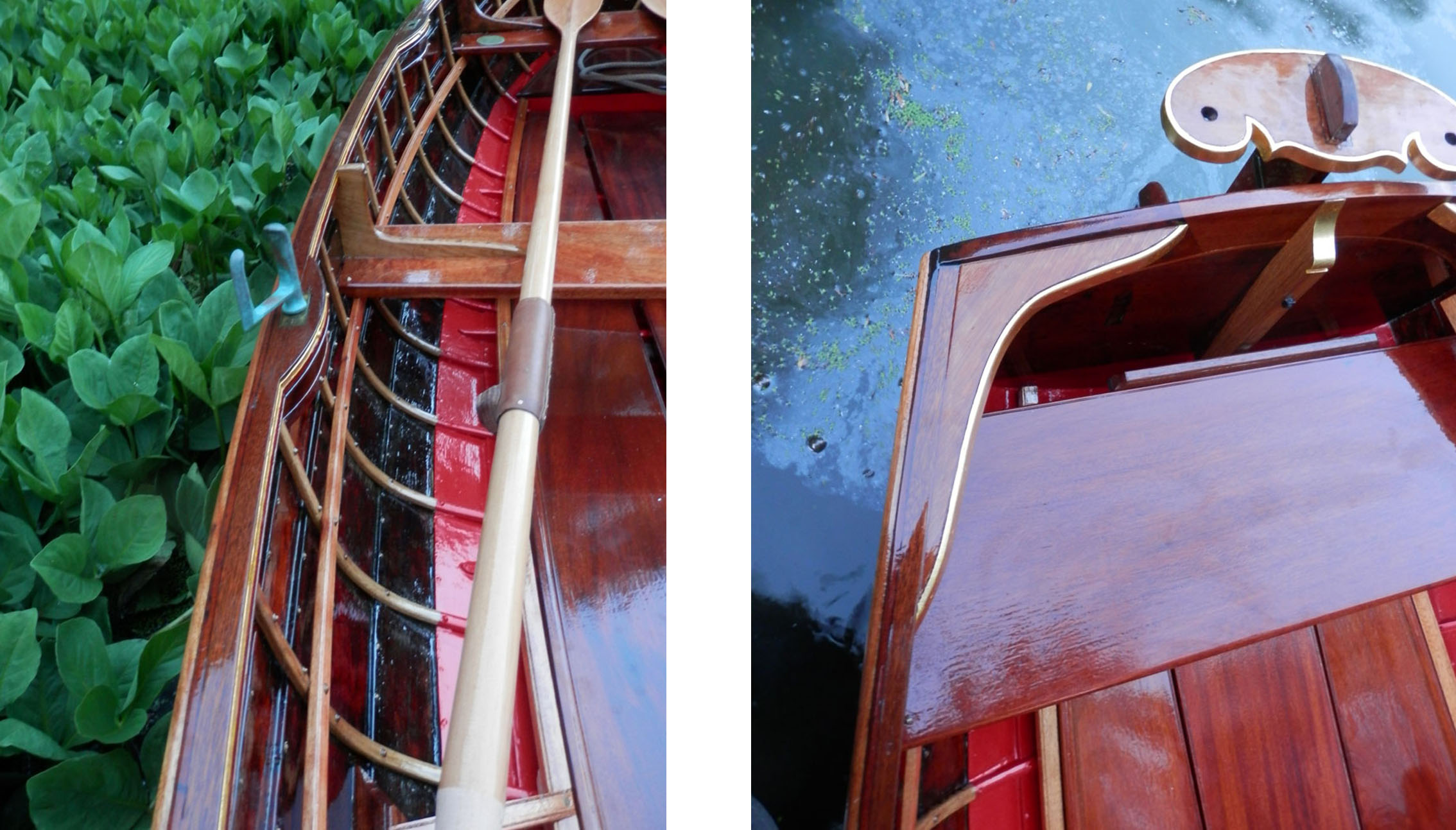 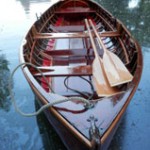